About Trideviyaan on Sab TV

Trideviyaan is a new show that will be launched on Sony Sab TV.

At a time when calls for a female James Bond are growing, Sony’s SAB TV has come up with an idea for a female spy comedy caper called Trideviyaan.

Focusing on the adventures of three spies, who are also sisters-in-law, Trideviyaan looks at how they manage beating up the bad guys with making baingan bharta in the kitchen.

The story of Trideviyan revolves around the concept of Charlie’s Angels. Dinanath Chauhan (Rituraj Singh) is the head of the Chauhan family and he runs a secret mission to save the world with his daughter and daughters-in-law. The three girls possess unique and distinct powers of their own.

The show will also celebrate womenpower through these super-girls as they manage both their family and nation.

TV actress Samaira Rao will be as unconventional bahu named Tanuja Chauhan aka Tanu in Trideviyaan. She is an intelligent spy, however, she gets involved in her mission so much so that she tends to forget her responsibilities as a bahu. Her unique power is that she’s very swift – her pace is equivalent to that of the wind.

Talking about her role, Samiara shared, “All three girls have two looks. I wear a sari as a bahu, but as an agent I have a bold look – I wear black leather jackets, leather pants, high boots and short hair. It’s more modern and chic. In fact, not just the looks but also the tone changes with both the roles”.

TV actress Aishwarya Sakhuja (Saas Bina Sasural fame) who got name and fame with her lively and cheerful character of Toasty in Sony tV’s Saas Bina Saasural, will be seen inn the role of Dhanushree Chauhan in Trideviyaan.

“My character in Trideviyaan is very different. The show’s concept is such that it will tickle the audience’s funny bone. Dhanushree Chauhan is a crazy over familiar Bhabhi, over loving and over sugar coated. At SAB ki Diwali, I revealed both my look as Dhanushree Chauhan and secret agent Laal Killa. I was wearing an electric blue saree to portray the former and short cropped hair and red lips for the latter. I have worn sarees on television before, but I have never carried such a bold look,” said Aishwarya in an interview.

Actress Shalini Sahuta will be essaying the third lead role in Trideviyaan. She is knwon for her role as Jassi in coemdy serial Total Nadaniyaan on Big Magic.

Anshul Trivedi and Winy Tripathi will be seen playing the husbands of Aishwarya Sakhuja and Samaira Rao respectively. Anshul and Winy were earlier seen together in the show Saraswati Chandra and will now be coming again on Sony SAB’s new show Trideviyaan.

In an interview when asked about the show Anshul said , “I feel the concept of Trideviyaan looks fabulous. It is something that Sony SAB is also doing for the first time. It’s not a typical Sony SAB genre show, it’s very different. I am doing comedy for the first time and comedy mixed with thriller will be a unique combination. I am thrilled to be a part of this Trideviyaan.”

Trideviyaan will premiere from November 15, Monday-Friday at 9.30pm on Sony SAB. 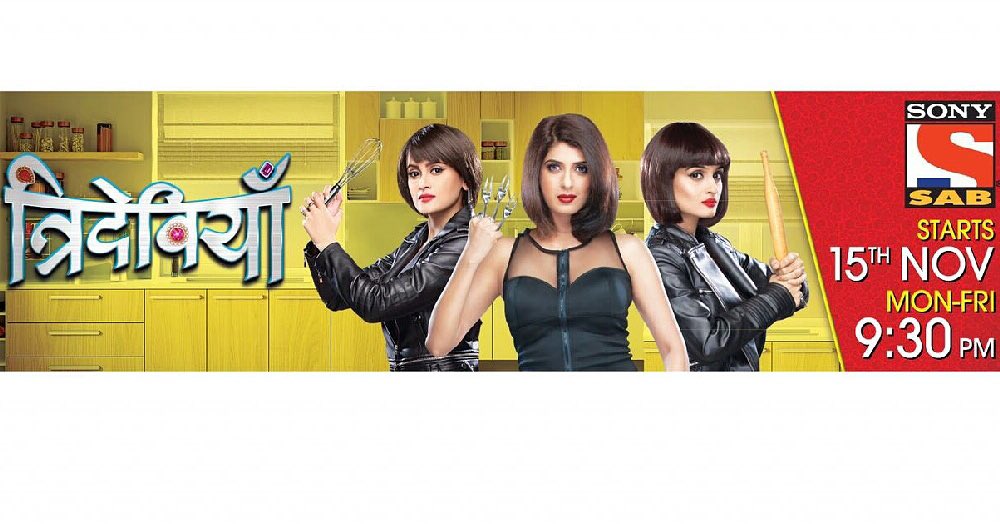 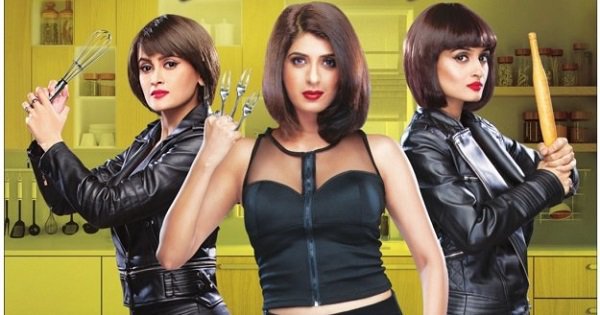