Vikram Singh Chauhan is an Indian model and actor, who is popular in television industry. He has worked in many TV serials including Qubool Hai, Ek Hasina Thi, Million Dollar Girl and many more.

Vikram role to fame with his role as Imran Qureshi in Qubool Hai (Zee TV). He has appeared in many ad commercials like Quick Heal, Tata Vista Indica and more.

Vikram was born on 19 August 1989 and brought up in Rajasthan, India. He belongs to a Rajput family. He has completed Masters of Law from London. His passion for acting brought him back to India.

While he was working in one of the prestigious law firms of India, he got an opportunity to showcase his acting talent with the serial Qubool Hai as Imran Qureshi.

Later, he was seen in Channel V’s Million Dollar Girl. It was based on a girl Avanti who aspired to go to paris and become the leading fashion designer. Vikram Singh Chauhan played the role of Virat Thakur opposite Sana Amin Sheikh.

Vikram rose to fane with Star Plus show Jaana Na Dil Se Door. He played the role of Atharva in the show. He was paired opposite TV actress Shivani Surve and the viewers had loved their onscreen chemistry as Atharva and Vividha. The show was passionate love story. While Vividha belongs to a rich family of a moneylender, Atharva come from a middle class background whose mother owns a dairy farm and Atharva aspires to become a big businessman in dairy industry.

Talking about his role in the serial, Vikram shared ” Atharva is very independent and focused about his life. He is never confused. He meets Vividha (Shivani), whose parents feel that a girl shouldn’t be allowed to go out of the house after 8 p.m. That’s where he comes and changes her mindset completely”

“The reason to join the star cast of Jana Na Dil Se Door (JNDSD) is that it gives equal credibility to each and every character unlike other daily soaps where men don’t get enough part to play,” added Vikram.

Vikram is currently seen in Star Plus supernatural (magical) drama Yeh Jadu Hai Jinn Ka, essaying the lead role of Aman in the show. He is paired opposite beautiful actress Aditi Sharma and the viewers have loved their magical love story as Aman and Roshni in the show. 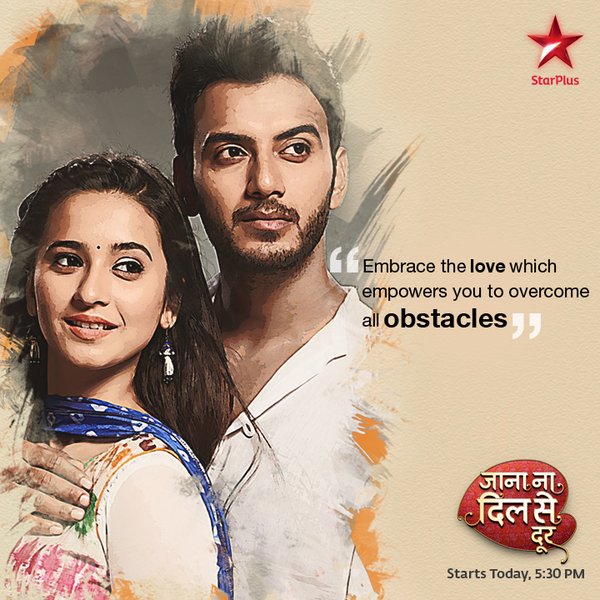