TV actor Dhruv Bhandari had won may hearts with his role as Mantu in Star Plus show “Tere Sheher Mein” and his onscreen chemistry with his co-star Hiba Nawab was love by the fans!

Dhruv, who faced a personal setback with his dad, actor Mohan Bhandari passing away was on a sabbatical from work.

As per latest reports, the talented actor is back to the bay. However, before heading back to the small screen, Dhruv has stepped back on the stage, his first love.

Dhruv is back with the team of Taj Express and is all geared up for his shows. The team will soon be flying off to Turkey for their next stage show.

Taj Express – Bollywood Musical stage shows, marries the new India’s pop and Bollywood culture with deep rooted traditions, over 2000 extravagant costumes  and magical, foot tapping music. While Taj Express represents the sounds of India, the storyline is derived from a typical Bollywood movie. It has all the flavours and elements of a Bollywood movie which have been entertaining billions of people across the world. Taj Express brings that experience to the stage in a spectacular production. Taj Express – Musical shows have sucessfully toured across various countries including Jordan, Turkey, France, Russia, Bangkok and Tunisia.

Dhruv confirmed the news and said “Yes I am back with Taj Express and can’t wait to perform again. It is a great feeling that people are still so eager to watch our show. You won’t believe our shows have already been sold out. I think the efforts of everyone has been well paid off. We are also opening an international theatre festival in Turkey which is an amazing feat.”

Talking about making a come back on TV, Dhruv said, “Very soon. Once I am back with our tour I will definitely have few meetings and sign up a project.” 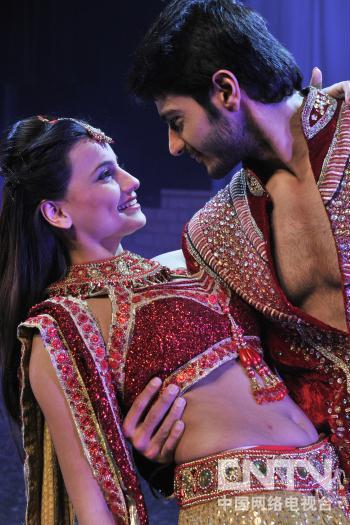 Pearl V Puri-Hiba Nawab dating? Pics that prove they are in LOVE!

These Weird Habits of Celebrities Will SHOCK You

Siddhant Karnick and Megha Gupta dating each other?

Manasi Salvi and Hemant Prabhu to get divorced

Naagin serial gets extension, will end on 11 June 2016

Naagin 2 Gossips – Shivanya-Rithik to be blessed with a Baby