After Samrat & Co, actor Rajeev Khandelwal is back with another thriller Fever. The trailer of the film was launched on Tuesday.

The 40-year-old actor made his Bollywood debut with Aamir and went on to work in films like Shaitan, Soundtrack and Table No 21. He was last seen on big screen in the 2014 film Samrat & Co.

Gauahar, who was also seen in an item song ‘haye haye jawani ley doobi’ in Kya Kool Hain Hum 3, can be seen sporting a bikini avatar for her onscreen role in Fever.

Besides sporting a bikini, Gauahar has also shared a passionate lip-lock scene with her onscreen lover Rajeev, who plays a contract killer in the movie.

Gauahar is a known face on the small screen. Prior to winning Bigg Boss 7 in 2013, she was also the first runner up of Jhalak Dikhhla Jaa 3 (2009). She was next seen in reality show The Khan Sisters with her sister Nigar Khan. Next she tried her luck with some real life stunts in Khatron ke Khiladi (2014). 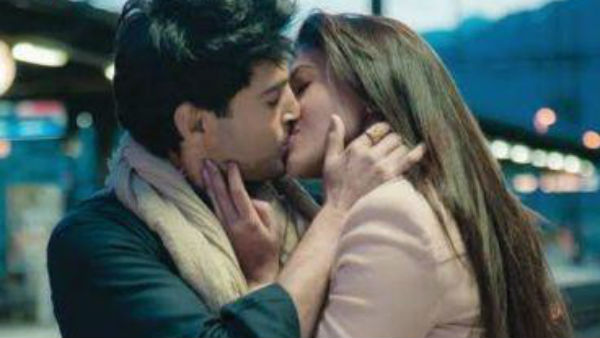