Colors TV stunt-based reality show “Khatron Ke Khiladi 7,” which managed to impress the audience with its daredevil stunts and elimination controversies, is nearing its end.

The grand finale of the reality show, hosted by Arjun Kapoor, has already been shot.

According to a report in SpotboyE, Sidharth Shukla has apparently won the show.

The finale episode was shot at S J studio in Chandivli, Mumbai, March 15 and saw the presence of Kareena Kapoor Khan. The actress was on the show to promote her film “Ki and Ka,” which has Arjun in the lead role.

Colors channel shared a picture from the finale episode on its Twitter handle, where Kareena is seen making the male contestants of the show perform some stunts.

“Khatron Ke Khiladi 7” contestant Tanishaa also took to her twitter handle to share the news of show coming to an end. “All set for the finale of #kkk! Cant believe this crazy journey is coming to an end! Will miss the peeda stunts ;),” she posted.

In the beginning of the seventh edition of “Khatron Ke Khiladi,” some major changes in the show’s format were introduced. The 14 contestants were split into two teams, but after a few episodes, the contestants were made to compete against each other individually.

Recently, Aishwarya got eliminated from the show. With this, Jay, Siddharth, Mahhi, Sana, Vivan, Parvathy, Mukti, Tanishaa and Raghav are the remaining contestants of the show.

Check out Arjun Kapoor and Kareena Kapoor at the Grand Finale of Khatron Ke Khiladi 7! 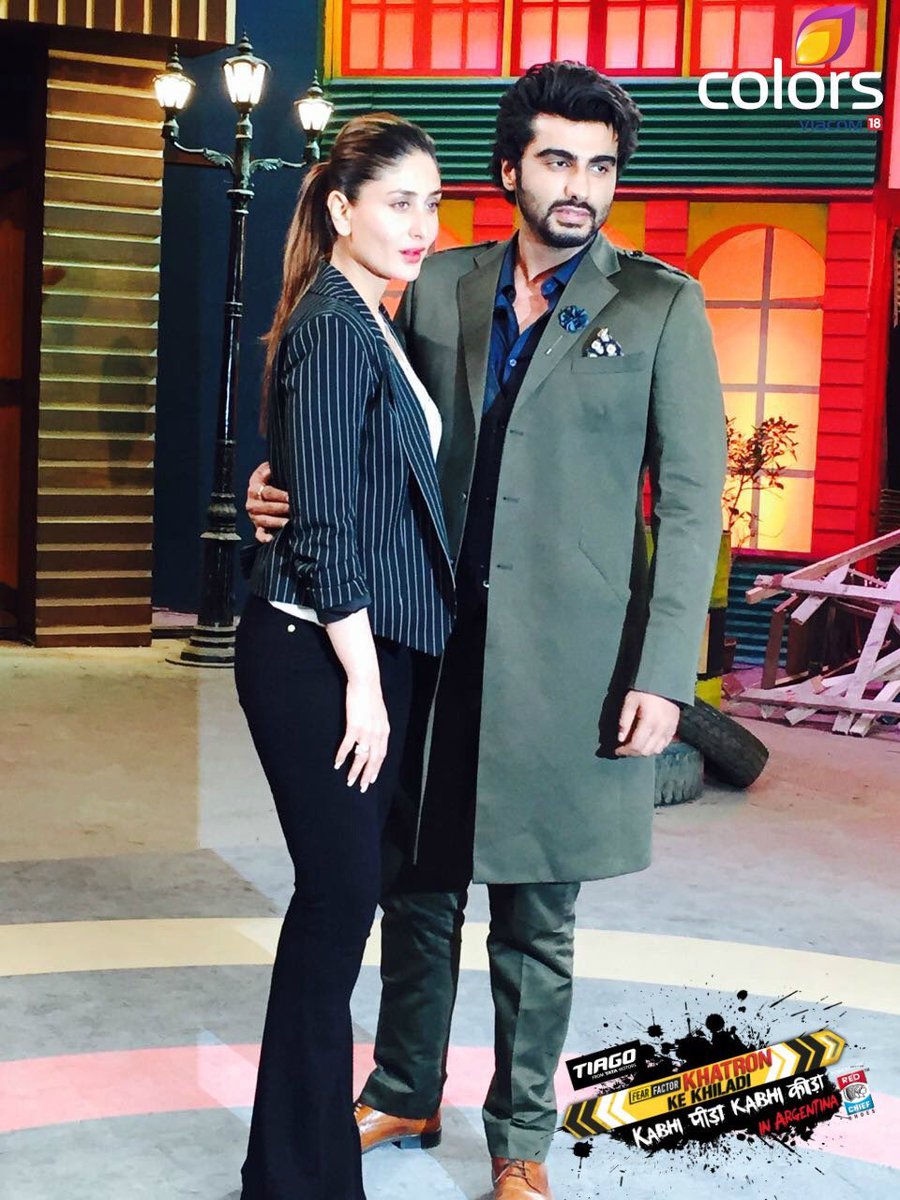 Kumkum Bhagya upcoming – Abhi to propose Pragya in the concert, Tanu gets exposed

Shesha to get killed in Naagin on Colors?