Zee TV serial ‘Jamai Raja’ has currently grabbed the attention of its viewers with its lead actor  Ravi Dubey aka Sid disguising as Jyoti Tai bringing in a good blend of comedy, drama and action.

A lot of efforts and hard-wok is put in by the cast and crew of a show in order for them to keep their audiences entertained!

Recently the actors and crew members of Jamai Raja took a break from their hectic shooting schedule to de-stress themselves and  got together to play volleyball. Unfortunately, Nia Sharma aka Roshni hurt herself during the fun event.

Taking about the game, Ravi shared “Yes, its a great initiative taken by the director and actors who have come together and decided to build this small space where we can play volleyball and de-stress ourselves.”

“It is very important to have this distraction as it refreshes everyone and we shoot in Naigaon, where not much people are around. Hence, this is a lot of fun. As much as I love to play, courtesy my current Dadi character, it becomes extremely tough to do so. To be honest, I am barely able to have food too,” added the actor.

On being asked about his co-star, Nia Sharma who got injured, he said, “Yes, she scratched her knee and got some bruises while playing. When I saw, I advised her to take some rest and get it treated, However, the fighter that she is, she completed the rest of the game first and got it treated later. Fortunately, she is totally fine now and back to work.” 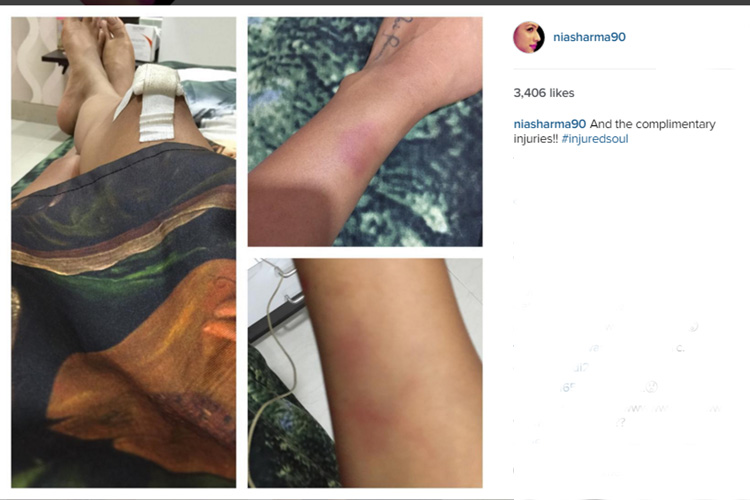 Naagin upcoming – Ritik to get intimate with Shivanya

Yeh Hai Mohabbatein Latest – Ishita to be out of jail, Raman-Ishita celebrate anniversary

Rashami Desai opens up about her divorce with Nandish Sandhu