Zee Bangla is all set to launch a romantic comedy based show titled  “Premer Fande” (Ravi Ojha Production). The show would showcase khatee meethe nok-jhok and love amid the lead hero and heroine.

Premer Fande story (plot) will revolve around Rishi and Mohar who work in the same wedding management company called Kalpataru, where Mohar is Rishi’s boss.

Rishi would not like the fact that he is bossed upon by a girl and thus he will always be looking for opportunities to trouble her. Interestingly, Mohar would be his tenant too so the fight will continue back home also.

The unique part of the company would be that most of the employees will be ‘defective pieces’. For example, the person who responsible for colour related works would actually be colour blind while there is another person who unnecessarily laughs all the time.

While working amidst such unique characters and fighting with each other, how Rishi and Mohar will eventually fall into the trap of love is for the viewers to find out.

Speaking about the serial, director Gopal Chakraborty said, “It’s an emotion oriented sans negativity story. You won’t find any typical antagonist also in the show. The aim of the serial is to make people laugh with its hilarious moments.” 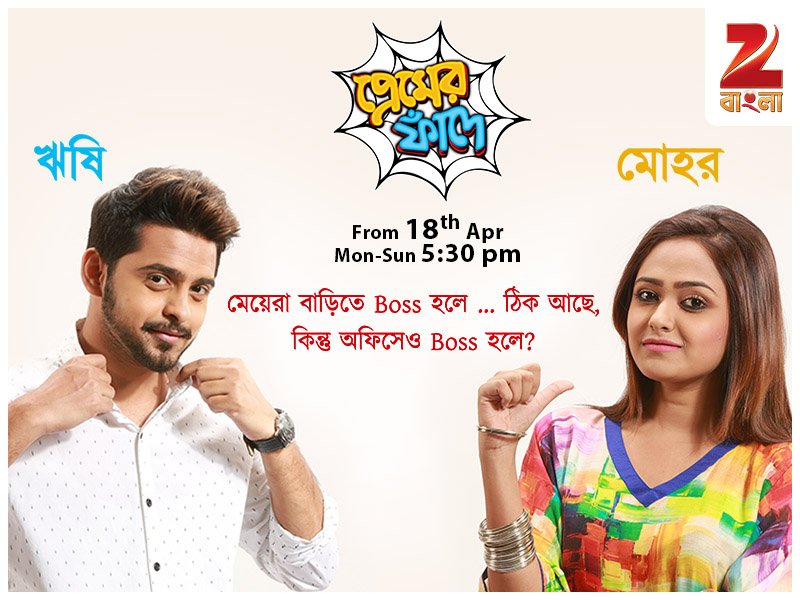 Chakravartin Ashoka Samrat Spoilers – Ashoka to be banned by Bindusara

Housefull 3 Trailer Released – Akshay Kumar is the king of comedy

Pearl V Puri-Hiba Nawab dating? Pics that prove they are in LOVE!

Naagin Gossips – Ritik-Shivanya to die, reincarnation in season 2 of Naagin