It has been already reported that soon the viewers of Yeh Un Dino Ki Baat hai will have to gear up for college life track of Sameer (Randeep Rai) and Naina (Ashi Singh). With this the school life track of show will come to an end and a few actors essaying important pivotal roles in the show will make and exit from YUDKBH. Also, viewers will have to gear up for some more interesting new entries in the show ahead.

However, here’s shocking news for the fans of the show!!

As per latest reports, actors Hema Sood and Somendra Solanki who essay the role of Arjun (Naina’s brother) and Shefali (Naina’s neighbour) have decided to quit the show. And the reason for the same is that both the actors are unhappy being sidelined from the plot progression.

The report shared their social media post as Hema and Somendra expressed their dissatisfaction with this development in the story line. 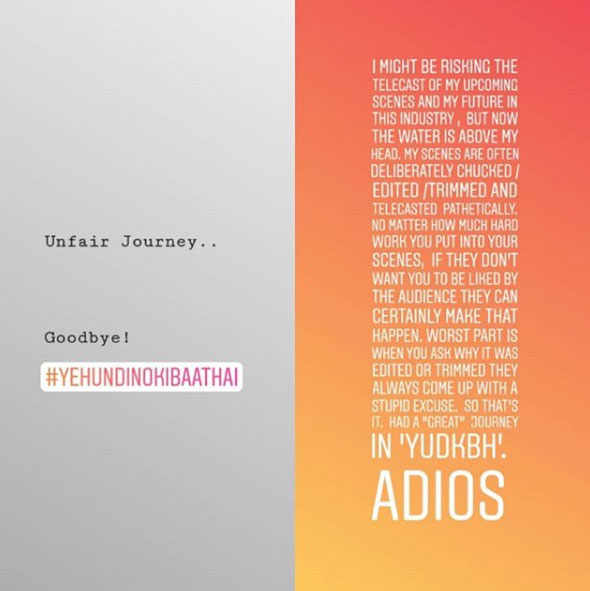 The source shared for now the actors have decided to leave the show, however there is a possibility that the makers would retain the actors and convince them to be back on the show eventually.